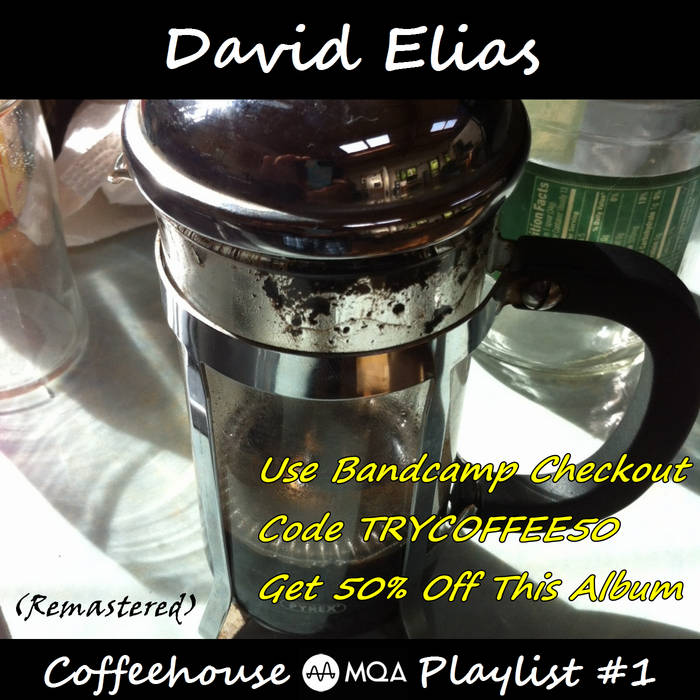 Many fine things in life started and evolved from a coffeehouse. Some of the music from coffeehouses of the 60's remains in the air and through the ether today. I was influenced both then and now by many of those stark to warm images being generated at that time.

Coffeehouse and acoustic had already come and gone in popular music but I still felt the influence and had in fact continued to live in its comfy waves through those rock-pop-disco-metal-grunge decades.

So coming back to the coffeehouse in the 90's was easy for me and I started approaching local coffeehouses with the idea of live music, usually on a weekend morning. I was soon playing at different places on the Hwy 1 coast and other spots in and around San Francisco.

At a similar time, independent home studio recording was taking shape as was the Internet in HTML browser form. In 1994 I started working on a home recording project of my originals. Inspiration and gear were fueled by Gus Skinas and Roger Powell.

The result was "Lost in the Green" as a 100% DIY CD that got played on radio stations ranging from Santa Cruz to Hong Kong. The idea for LITG was to deliver a coffeehouse experience on CD to anyone interested. At the same time, MP3 versions of the tracks were getting uploaded over 33k and 56k modems by me and downloaded at the same speeds by other musicians, DJ's and listeners.  This was 1995.

The world changed quite a few times again and it seemed to be turning faster.

In 1999 and 2000 I started listening to a new digital recording format called Direct Stream Digital (DSD) that was being developed as an archive format by Sony and Philips. This alternative to analog tape was needed to preserve the master library of recordings to date. I was astounded by what I was hearing from the get go as transfers from master tapes to DSD on a prototype workstation.

Shortly after that I was experimenting with a bare bones 3-mic, 2-track, no mixer direct recording to DSD with Gus at Wind Over The Earth in Boulder. It was just me and a guitar and 3 of owner Mickey Houlihan's excellent mic's plus preamp. Stark images. Undeniably accurate and honest.

From there the coffeehouse feel and incentive stayed alive and well through a number of DSD projects starting with "The Window" SACD release in 2004. As equipment and costs continue to work their inverse magic, the power of DSD recording is now (suddenly?) a home studio and field reality. The same is true for playback of this beautifully natural sounding media. Gone is the box around the sound. The image is as live and fragrant as roasted Ka'u coffee.

So here is my own work from various DSD releases since those beginning years in High Resolution Audio (HRA). With Rev9 I have created my Coffeehouse DSD Playlist #1 as a recognition of long trails of roots to some very fine sources of inspiration and art.

Mahalo Nui Loa to all of those inspirations and guides.

--------
This is one of the DSD recordings that made David Elias "Best Male Vocalist" on pure DSD download site www.NativeDSD.com

All Songs Copyright by David Elias, All Rights Reserved, ASCAP

David Elias writes music and lyrics about living and dreaming and nature.

He has self- produced his own CDs and SACDs/DSD Downloads since 1995. Now pioneering MQA.

He takes photographs and uses them and his songs to make videos about nature and living and dreaming.

Track Name: Bonus Track: If I Had My Way (Mix 3)
If I had my way I'd be lying in a field
Studying the sky, listen to you breathe
Measuring the blues right up against the greens
Moving to the stones that lie under my feet

If I had my way I'd be lying in a field
Track Name: The Old King (MQA)
The Old King (from "The Window") – David Elias

Crows in pairs are sentries to your doom
Watchers of the seeds you plant too soon
Blackining the sky they leave no reoom
For the sun to shine down on your tomb
Track Name: Half An Hour Away (MQA)
Half an Hour Away (from "The Window") – David Elias

And prayers are for the poets
This song sings to that mountain time
All you knew and now you know it
Everything you left behind
Track Name: Mend My Mind (MQA)
Mend My Mind (from "Crossing") – David Elias

Staring down the year inside out
Making do within and without
Never finding reason to doubt
The vision of her
Track Name: Poor Polly (MQA)
Poor Polly (from "Slipper DSD Sessions") - David Elias

Settle down the question now poor Polly
You hunger for the truth as you drink from every stream
Will we ever see your pretty eyes poor Polly
Or do you leave us running endlessly
Right back into your dream
Track Name: Aspen Rose (MQA)
Aspen Rose - David Elias

Aspen Rose I'll go I'm sorry that I'm weary
Afraid that I have come too far in far too short a time
Aspen Rose your heart's the slowest burning fire
I'll ever know, it's time to go
I love you more than I

Featuring Oakland sounds from the Smart Bomb collective and Samplelov.