Half An Hour Away (MQA Master) 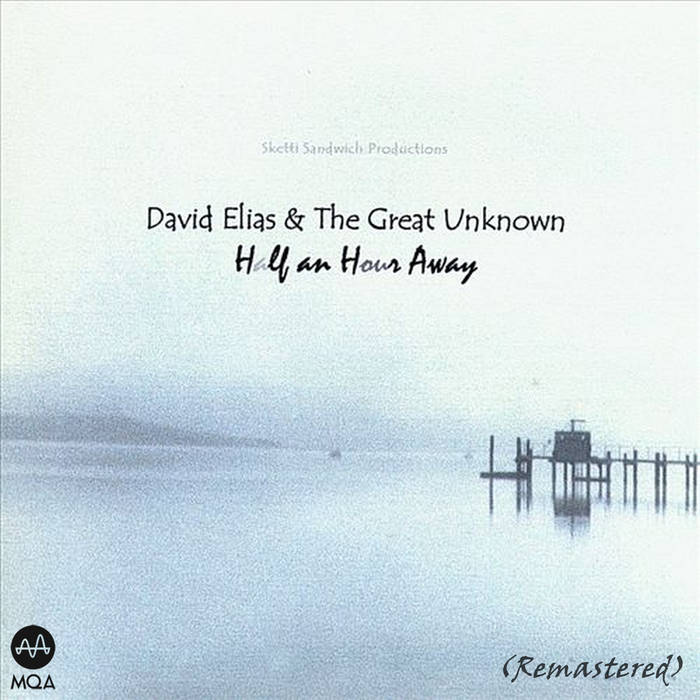 Pure freshly squeezed acoustic trio, recorded in a natural setting of a performance theater on Hwy 1 in Northern California, with no one else in the house. You will be transported to another time when you sit back and relax with this one. Lyrical with a folky and celtic feel.

Recorded in the dawn of the 21st century, David performed with his sparse trio as The Great Unknown (Lisa Kelly/mandolin, Gary McArthur/sax, flute) on their down home west coast turf in Half Moon Bay, just south of San Francisco on Highway 1.

Using the local performance hall and theater as a working studio, The Great Unknown played these delicate songs to an ambient recording environment, capturing all nuances of the band and the room. No artificial effects such as reverb were used in the recording or mix. It has no overdubs or funny business added. Relax and enjoy...

Compelling is the word for David's new CD
"The light and open quality of this recording lends itself to
the lyrical work David's putting together. His songs have never sounded better as a result of a less is more theory.
David also realizes the benefit of re-invention. I don't think his music will get old, at least not from where I'm watching." -- Reid Dennis, The Mark Reid Band

Catchy melodies...thoughtful lyrics...
"Elias' new work, "Half an Hour Away," is right on time when it comes to mellow acoustic music with catchy melodies and thoughtful lyrics...Elias & The Great Unknown have been making themselves known, locally and beyond, with a combination of gigs and production work." -- Half Moon Bay Review

Intelligent, inspirational acoustic music
"David Elias is the best singer/songwriter in America today,
and his new album with the Great Unknown pulls him farther
from the pack. Engaging lyrics, haunting melodies, and
unique acoustic soundscapes make this gem of a CD an instant
classic of modern folk music. Enjoy." - Tomo

Unplugged? These folk/rock songs were never plugged!
"David is a tremendous songwriter. There are many more songs on his page which are worth checking out. This great folk song [Half An Hour Away] features guitar, mandolin and flute ensemble. Recorded live." -- Unplugged MP3

Celtic Music Around the World
"Largely a folk artist, David's strength is absolutely in his acoustic guitar. Delightful melody [Half An Hour Away]." -- World Celtic Music on MP3.com

Recorded at Mel Mello Theater in Half Moon Bay California.