Lost In The Green (Remastered) 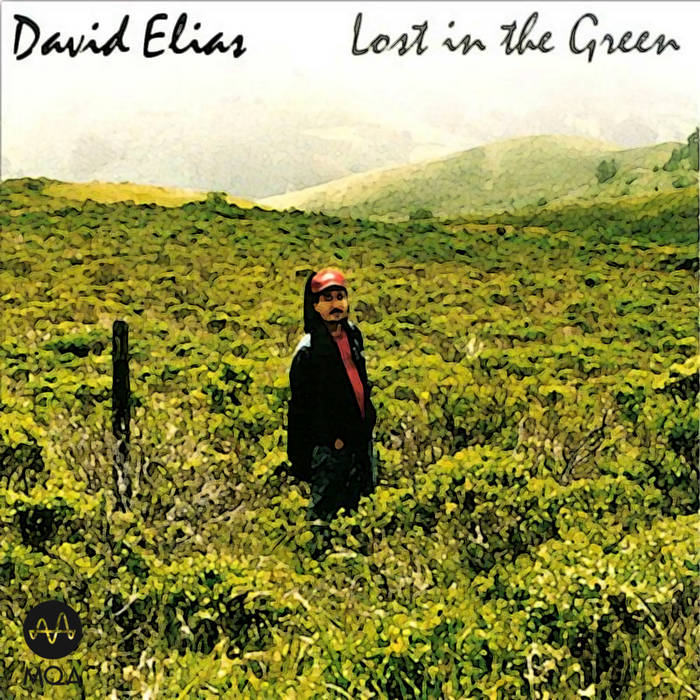 "The acoustic guitar resonates a warm, wooden tone that soothingly blends with his naturally textured voice. It's Elias' soaring romantic melodies and heartfelt laments that make him one of the best kept secrets of the Barbary Coast. " - Eric Shea, Listen.com

"David Elias could sing the dictionary and we'd all be rapt in attention, hanging on each softly delivered syllable... Singer-songwriter of genuine sensitivity, David Elias presents 13 tracks shrouded in warmth, backed by acoustic guitar. These coffeehouse-style solo performances, with occasional fiddle, mandolin, and harmonica, exhibit a delicate beauty, demonstrating a depth of feeling, a sense of compassion and melancholy... Brilliant, Essential." - Les Reynolds

"This cd is a wonderful collection of David's earlier works that has struck a chord in my soul that I will forever be thankful to him for." - Al Wagner, guitar instructor, BC

"We (Bettina and I) heard David a couple of times and always loved his music. But "Lost in the Green" stands out. If I would ask to keep 10 of our records (some 800) this would be part of it. The magic of this records comes from a lot of feeling
which gets well transported to the listener." - Uwe Steinmueller

"David's 1996 CD, "Lost in the Green", is another folk gem - guitar and vocal, with occasional harmonica and fiddle. His voice, unassuming and passing wisdom in stride - his guitar, interestingly EQ'd in several different ways, all touched with his Travis dynamic touch and beautiful voicings......The opening track, "Time to Sleep Corrina", is another great example of Elias' choice of lyric in him profoundly poetic reflections, 'coriander through the weeds, dust sunflowers through the breeze, ragin waters seek to please - it's all for nothin now, catacombs and columbine, push the pedal, realign, fathers of our tidy time show all for nothin now.' Great record. " - Don Kimenker, Founder EarBuzz.com

"There's not a more wonderful sound in the world than a talented singer/songwriter and his guitar. Anyone who ever heard the late, great Townes Van Zandt knows that. David Elias' excellent "Lost in the Green" CD is a truly inspired display of singing, songwriting and guitar picking. The arrangements are spare, but I wouldn't have it any other way. David's very strong guitar work is accompanied by a haunting fiddle on some tracks that compares favorably with Johnny Cunningham's work on Bill Morrissey's incredible "Inside" CD. And the comparisons don't stop there. For my money, no one can turn a phrase better than Bill Morrissey. Well, maybe no one other than David Elias. " - Kent Newsome, Rancho Denada

"Lost in the Green" is evidence of the very beginnings of Indie music. Recorded as multitrack and mixed by David in a spare bedroom, the songwriting and style here would become his signature approach to folk/acoustic/country/rock. These songs were written at the time that coffeehouse was just coming back into the mainstream on the west coast. At that time, David was performing these and other originals regularly at various venues in and around San Francisco.

It is the CD some have said they'd have on that desert island if they could only take a few tokens of their favorite music with them. It's simple and honest and inspired FAME reviewer Moshe B. to write: "We should all be listening to Elias". This original vintage coffeehouse style CD includes 2 cover songs by the late legendary muse Townes Van Zandt.