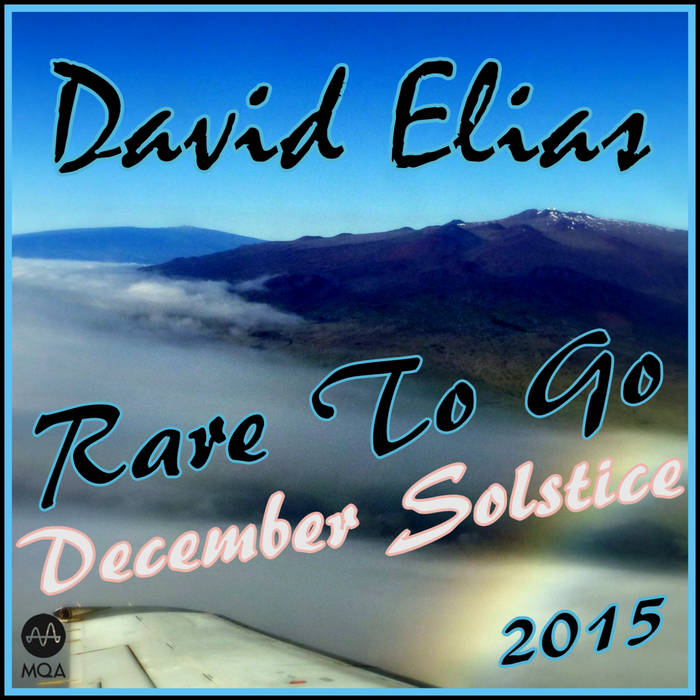 Bandcamp always defaults to MP3 format for download -- Be sure to change this to one of Lossless formats (AIF, WAV, ALAC, FLAC) by selecting from the dropdown list presented when you download. Mahalo! It will play as MP3 but doesn't sound as good!

Plays on any media player with improved sound quality.
Read about MQA at www.mqa.co.uk
MQA Encoded by MQA Ltd., UK

"The original intention and sounds are much more accurately represented [with MQA] and are therefore much, much more enjoyable to listen to. The convenience of MQA's smaller file size is an additional no-brainer." - DE

** AMAZING TRUTH **
You do not need any special hardware (MQA DAC) or software (MQA Player) to reap the benefits of the MQA encoding. The temporal blurring (aka time smearing) has been greatly reduced especially the pre-ringing/echo from this PCM master. It sounds better than a CD equivalent no matter how you play it. An MQA DAC such as the Meridian Explorer2 (US$299) can further enhance the sound quality as well as unfold any hi-res frequencies above 20k.

It is online at BC Exclusive Here:
davidelias.bandcamp.com/album/de-mqa-sampler
.
This quote from a first time listen and comparison by a non-musician, non- audiophile, whose MacBook had just loaded iTunes with ripped music for the first time (Time Forgets CD), downloaded and added the David Elias Time Forgets MQA CD master from Bandcamp (ALAC format), plugged into a Meridian Explorer2 MQA DAC ($299) with Zipbuds ($25) attached. (MacBook Sound settings changed to use Meridian Explorer2 preference.)
.
She listened and alternated between MQA and non-MQA versions of various tracks. The Explorer2 DAC's Blue MQA Studio Quality Authentication LED light indicated MQA was present on the MQA tracks when expected (lit) and not present on the CD version of the tracks when not expected (not lit):
.
"oh wow - oh my god !
clearer crisp sharp, gawd!!
no question !!
wow!
you can hear everything better, everything being all the instruments
sharper clearer you can hear every distinctive instrument, awesome!"
.
~~~~~ About "Rare To Go..." ~~~~~~

New CD release "Rare To Go - December Solstice" takes you inside the studio as well as onto the stage through the band working these iconic songs into their story. The package alone is a work of art...

"I don't know how you did it, cause technically its not possible, but it sounds higher res than a CD - it's awesome quality music too." - Fiona Joy, Blue Coast SACD/DSD recording artist, Grammy Winner

Here's what CP said:
"David, I have been listening to your music for well over 20 years. The honesty of your lyrics has always connected with me… from Light As A Rail to Help Yourself (#10). Even now when I listen to Silver Pen I think “those are my words, not yours” Good job Dave. The new website rocks too!"

Why “Rare To Go - December Solstice”? I spent time over a long stretch of months listening to some of the tracks I’d recorded with friends that seemed to encapsulate a certain story I hadn’t yet tried to tell in a record.

It’s my story about how a band works, creates, and plays together. There are rehearsals and recording sometimes, and shows at times, and no one ever really knows what is going to happen next. These are the essential times for me in music, first with the band and then later to revisit at leisure, all as nothing short of magical.

It’s mostly about playing the songs and getting that playing right. This is a hard story to tell in these words. I think the story is better told in the notes recorded in the songs here. There’s always some funny shit too which is sadly missing on most plastic discs or downloads out there.

As always Mahalo for listening. Endless thanks to those who played and sang.

________
Recorded to DSD on Sonoma at Slipperworld.net by Charlie Natzke.

“Help Yourself” recorded to Sony TCD-8 using stereo mic by David sitting by the Pacific Ocean in Hawaii.