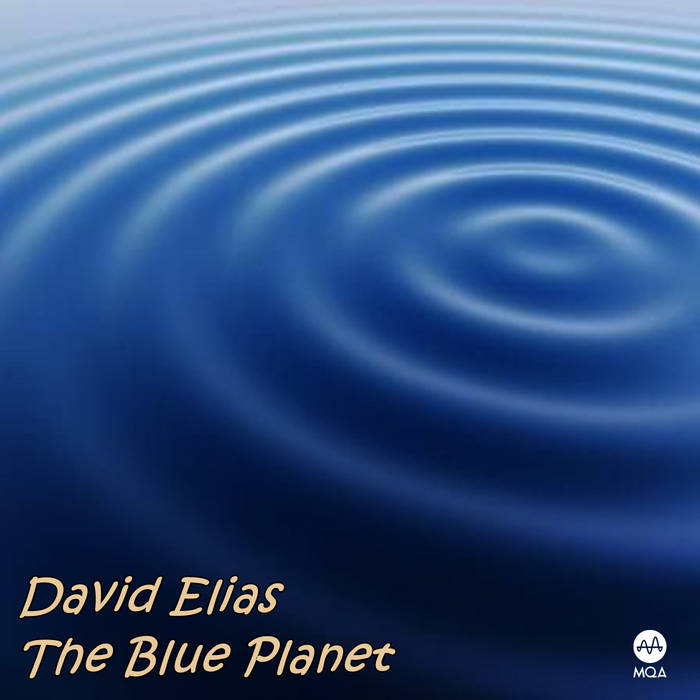 A "for the planet" project from 1998. The title track was also used on the first Musicians United to Sustain the Environment (M.U.S.E.) compilation. Here is the whole sequence of songs written as acoustic and electronic chill tracks.

Released in 1998 "The Blue Planet" is a statement for the environment at different levels. The title track pays attention to the quality of life on Earth..."If this is your best place, why you lay it all to waste?"...This song was also included in the first compliation released by Musicians United to Sustain the Environment (M.U.S.E. musemusic.org). Yet another adaptation of this soundtrack is now for a popular YouTube video by MantraOfPeace.

This Is Real Music!
"This cd is wonderful, and i don't listen to this type of music, but it really reached out to me. I felt moved by the words, and calmed by the music, and that is what I listen to music for. David Elias, you have a new fan!!!!!" -- Tiffanee, The Music Woman

...a little Crosby, Stills and Nash...
"I started listening to this track ['The Blue Planet'], and I though wow this is really… really good, I was hearing a little Crosby, Stills and Nash in there and totally into the track, and then I thought what would make this track even better would be a little accordion, and then the accordion came in, I take my hat off to you David, I’m downloading this one now." -- Freddie

I'm Speechless..,.
"I can't believe you've received only 3 reviews for this masterpiece ['The Blue Planet']. It's an incredible song, definitely one of your very bests (if not THE best). I'm speechless, I can't think of superlatives to adequately describe this gem... You da man!" -- Doctor C.

As Always
"You have made a just incredible sounding track [The Blue Planet]. The lyrics are concise but present amazing visual images...And that is a feat! Everything in the song sounds mixed perfectly...I am going to enjoy listening to this a lot in the future. Such an important topic, and you make it so comfortable for me to hear it. Thanks." -- Will Mitchell

A kind of prayer for our planet Earth ...
"The Blue Planet CD EP unfolds as a kind of prayer for our planet Earth, featuring two vocal tracks and several quiet meditative instrumental piano/keyboards tracks. The title track notes the beauty of Earth while questioning our relentless quest to destroy it with pollution, war, etc: "And you took the bluest of them all and put it on a path where water falls. And you took the greenest of the green and put it under one canopy. And you put the globe that burns on high, put it far enough to warm my eyes ..." Extraordinary!" -- Riff Gibson, Raging Smolder Review

You're Killing Me Here...
"Wonderful melody. One of your best David. And the lyrics are as always the most purest of poetry!! And you used all of my favorite instruments on this track [The Blue Planet]. Lovely arrangment, harmonies I mean come on... you're killing me here!!!! I don't know how it is possible but every song you write it is as if God has kept your muse to himself for a time, and then allows you to release your muse to the rest of of us mortals. This goes on my radio station as of right now!!!" -- Guy Michetti, Mixposure Review Crew

The dolphins agree: simply magical!
"The title track of this CD became the theme song for Beach Clean Up Day in Half Moon Bay, CA when nearly a dozen dolphins appeared in the surf riding the waves toward the beach as David Elias & the Great Unknown performed The Blue Planet. The rest of this CD is just as magical as the song that summoned the dolphins!" -- Seachild

Pioneering MQA for hi-res with small files and streaming.