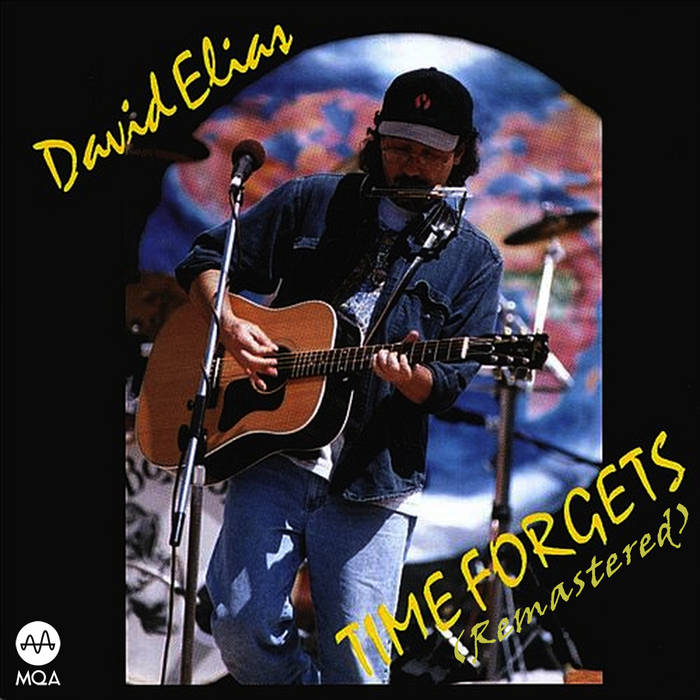 A landmark recording (1997) for independent acoustic music in the digital age. Often compared to John Prine for songwriting and delivery, this album has been played on radio station folk shows all over the globe since the early Internet days.

One of the best kept secrets...
"Ohio transplant David Elias currently resides in San Francisco. His post-retro Folk is somewhat of an anomaly -- the flower in the sidewalk -- that places freight-hopping hobos in the city's Financial District and hosts ongoing, intimate coffeehouse hootenannies that take up most of Pacific Heights. Elias' warm vocal tones are rich like the notes blown from a broken-in Lee Oscar harmonica. His classic songs are as timeless as his influences. The acoustic guitar resonates a warm, wooden tone that soothingly blends with his naturally textured voice. It's Elias' soaring romantic melodies and heartfelt laments that make him one of the best kept secrets of the Barbary Coast." -- Eric Shea - Listen.com

The Last CD...
Sad about plastic cd's isn't it,and Tower Records folding.
This is a very beautiful song [title track],performed to perfection. Great lyrics and your vox are some of my favorites. Thanks. -- eslider

The Great Unknown
David Elias is one of the great unknown folksingers around today. One of the things I love about David is his ability to play intricate guitar lines in back of his music. He writes some terrific tunes, too. Songs that get right to the heart. Elias also chooses little unheard gems by better known musicians, like Townes van Zandt, which I also appreciate. He usually shares the spotlight with another talented musician or two and I understand he's putting together a large group to expand on his music. He does't need them. He knocks me out solo. -- Tom McCarter KUSP-FM

Brilliant Song
I LOVE this song [Freedom on the Freeway]!! As one who frequents the freeway, this song really hits home for me. I can relate. It is BRILLIANT!! It's one of those songs you want to listen to over and over. I'd like to hear more like it. Great work! -- Gus Skinas, Sony Music

A great collection of original music
"Time Forgets" is truly an amazing collection of original music from David Elias. It is hard for me to convey the true effect this album had on me. Usually too busy to enjoy music, I was overtaken by it's warm sound. I truly became lost in it's lively blend of clean acoustic guitars,sparkling electric leads,and bluesy harmonica solos.

David's vocals are soothing yet thought provoking. David's lyrics have that special quality that let's you intertwine your own real life experiences with his music. The alblum made me smile and ponder and imagine and wonder. Each and every song has it's own unique qualities that inspire and delight.

I recommend this album to everyone. -- James Dostal